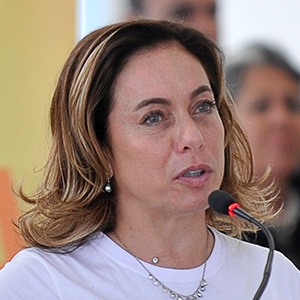 Brazilian actress who is best known for playing the role of Maitê in the TV series Brave Woman. She has also appeared in projects such as India: A Love Story and Histórias do Olhar.

One of her earliest acting jobs was Carla in the 1980 television program Coração Alado.

She appeared in 172 episodes of the TV show Direito de Amar. She has worked as a host on the TV show Mais Você.

She acted alongside Deborah Secco in the television program America.

Cissa Guimarães Is A Member Of