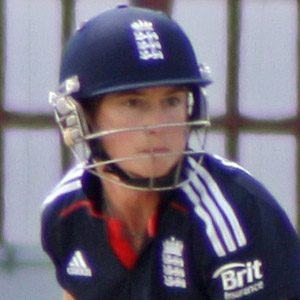 Right-handed top-order batsman known to be an incredibly hard worker; made more than 150 appearances for England's women's national team from 1998 to 2011.

She played field hockey as a teenager.

In 2006, she scored an impressive 156 not out, the top individual total in an ODI at Lord's Cricket Ground.

Claire Taylor Is A Member Of