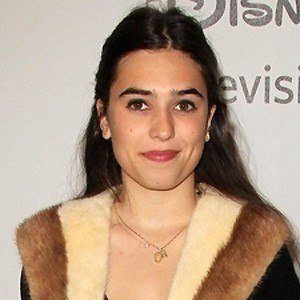 Actress who became known for her role as Amber Weaver on the ABC comedy series The Neighbors. She also starred in Spartan in 2004.

She appeared early in her career in several short films, including Our Valley and The Marquee.

She served as writer and director on the 2013 project Two-Bit Waltz. She also co-starred with William H. Macy in the film.

She was born to actress Rebecca Pidgeon and playwright David Mamet, and she grew up with an actress half-sister named Zosia Mamet.

Her father, playwright David Mamet, became known for such works as Oleanna and Glengarry Glen Ross.

Clara Mamet Is A Member Of