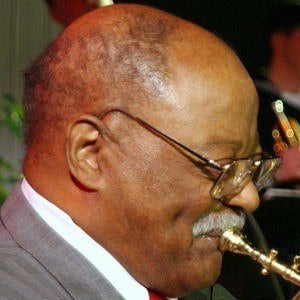 Pioneer of the flugelhorn in jazz and an NEA Jazz Masters inductee who played with such greats as Count Basie and Charlie Barnet.

He served as a bandsman in the United States Navy during World War II.

He appeared for ten years on The Tonight Show as a member of the band.

He was married to Gwen Terry.

He performed with legendary pianist Thelonious Monk on the 1958 album In Orbit.

Clark Terry Is A Member Of