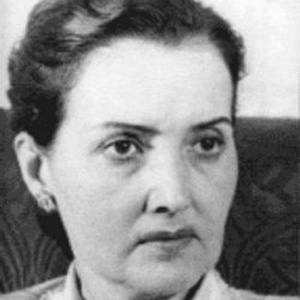 Prolific Central American poet whose best-known works include Tierra de Infancia and Cancion Redonda. Several of her collections, including About the Angel & Man and Of a Fine Dawn, received Salvadoran national literary awards.

She studied in her teen years at the Colegio La Asuncion de Santa Ana. She published her debut poetry collection, Estrellas en el Pozo, in 1934.

She published more than twelve books of poetry and one memoir over the course of her career.

She was once romantically involved with Nicaraguan poet Salomon de la Selva.

She and Maggie Estep were both prolific poets.

Claudia Lars Is A Member Of