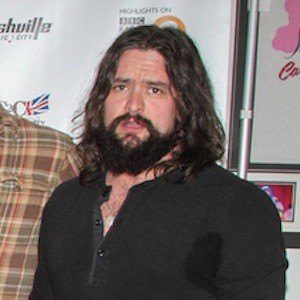 Songwriter and producer who joined Zac Brown Band in January of 2009 as a high tenor vocalist and multi-instrumentalist. He was previously most well known for his collaborations with John Mayer, co-writing songs that would appear on Mayer's albums Inside Wants Out and Room for Squares. He and Mayer also formed a duo called Lo-Fi Masters.

He would attend Berklee College of Music in Boston after graduating from South Gwinnett High School in Snellville, Georgia.

Other bands he has performed with include Marshall Tucker Band and Y-O-U.

He and his wife Brooke welcomed a son named Charlie in 2016.

He and Zac Brown Band won a Grammy Award in the category of Best Country Collaboration with Vocals for the song "As She's Walking Away," which was performed with Alan Jackson.

Clay Cook Is A Member Of