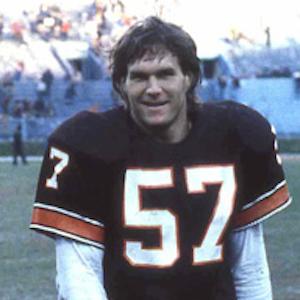 During his nineteen seasons in the National Football League, he was a linebacker for both the Atlanta Falcons and the Cleveland Browns, logging a total of 1,561 tackles.

He played his college football career at the University of Southern California and began playing for the Cleveland Browns following the NFL's 1978 draft.

Over the course of his career, he earned two AFC Defensive Player of the Week titles.

Clay Matthews Jr. Is A Member Of