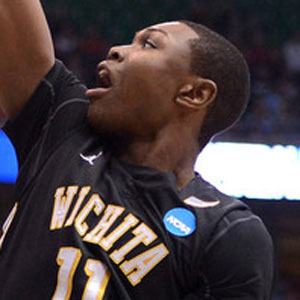 Forward who starred for the Wichita State Shockers from 2012 to 2014, helping lead the team to an undefeated regular season in 2013-14. He was selected 34th overall in the 2014 NBA Draft by the New York Knicks.

He helped lead the Shockers to the Final Four in 2013 and was a Consensus Second Team All-American in 2014.

He was born in Middletown, New York and raised mostly by his mother Sandra Glover.

His Shockers were eliminated by Julius Randle and the Kentucky Wildcats in the third round of the 2014 NCAA Tournament in a classic game where Early scored 31 points, hitting 12 of his 17 shots on the day.

Cleanthony Early Is A Member Of