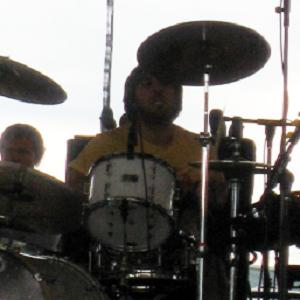 Founding member and drummer of the rock band Say Anything. He left the group in 2012 to focus on his work as a fitness and weight loss coach with the Beachbody organization.

After graduating from Los Angeles' Shalhevet High School, he was accepted by Boston's Berklee College of Music. He never attended the school, however, choosing to focus instead on his music career in Los Angeles.

He was influenced by the musical careers of Taylor Hawkins, Travis Barker, and Dave Grohl.

He and vocalist Max Bemis are both founding members of Say Anything.

Coby Linder Is A Member Of