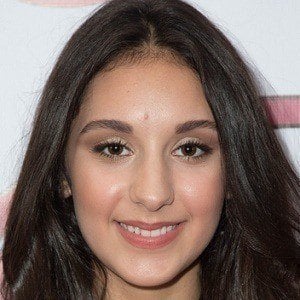 Actress who first rose to fame as the voice of Princess Hildegard on the popular Disney Junior series Sofia the First. She is also renowned as Abigail in the 2015 series Gortimer Gibbon's Life on Normal Street.

She began performing at the age of five and later earned a regular place at the Flat Rock Playhouse. She gained the attention of an agent in 2009 and by 2010 had earned her first major role in The Wish List in 2010.

She has been a talented ballerina since the age of three and performed in the Moscow Ballet's Great Russian Nutcracker in 2008.

She is a very distant relative of Kathryn Grayson, who was cousin to her great grandfather.

She appears alongside Drew Justice and Ashley Boettcher in the Amazon series Gortimer Gibbon's Life on Normal Street.

Coco Grayson Is A Member Of