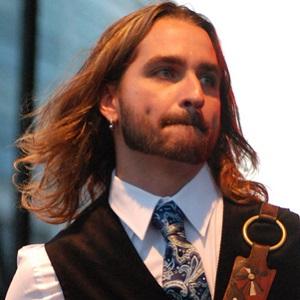 Country and southern rock singer who served as lead vocalist of Cross Canadian Ragweed during the 1990s and early 2000s. In 2011, he formed a second band called The Departed.

He began playing guitar when he was eight years old. He formed his first band, Cross Canadian Ragweed, in 1994.

His 2013 album Some Old, Some New, Maybe a Cover or Two reached #35 on the United States country music chart and # 11 on the U.S. folk music chart.

He grew up in Pampa, Texas and Yukon, Oklahoma. He married a woman named Shannon in 1998.

After accompanying his parents to a George Strait concert when he was a child, he became inspired to pursue a career in country music.

Cody Canada Is A Member Of