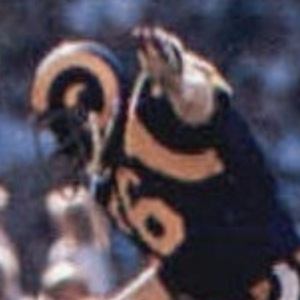 Former defensive tackle who played eight seasons in the NFL for the Los Angeles Rams.

He grew up with his family in San Francisco, California.

He played alongside quarterback-turned-broadcaster Ron Jaworski on the Rams.

Cody Jones Is A Member Of