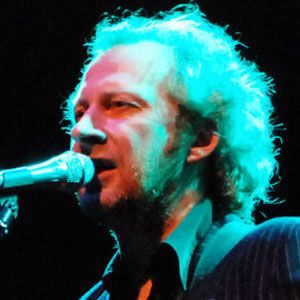 Better known by the stage name of Black, this British singer and songwriter released such popular albums as Wonderful Life (1987) and Comedy (1988). The former recording rose to the #3 spot on United Kingdom music charts.

Early in his career, he toured with an English new wave group called the Thompson Twins.

His most famous singles include "Sweetest Smile" (a Top Ten track in the United Kingdom) and "Wonderful Life" (an internationally popular song).

He was born and raised in Liverpool, England. He was married to Camilla Griehsel.

Colin Vearncombe Is A Member Of