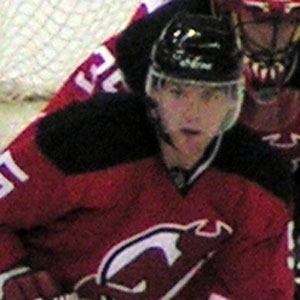 Defenseman known for his physical style of play who won Stanley Cups in 2000 and 2003 playing for the New Jersey Devils.

He played for the Laval Titan in the Quebec Major Junior Hockey League.

He was born in New Glasgow, Nova Scotia.

Colin White Is A Member Of