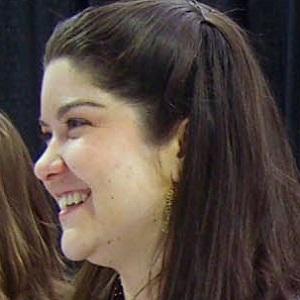 American voice actor best known for dubbing English translations of Japanese anime series. She has also as a script writer for Funimation and has voice acted in several video games including Ghostbusters: The Video Game and the Dragon Ball series.

She had her voice acting debut playing Eclair in the science fiction anime Kiddy Grade in 2004.

She appeared in the documentary Adventures in Voice Acting.

She grew up with her family in Shreveport, Louisiana.

Like her, Kira Buckland is also a voice actor in anime.