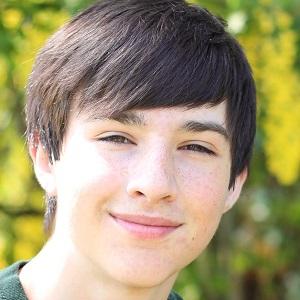 Played the role of Chip Warren in the feature film Diary of a Wimpy Kid: Dog Days and also starred as Ace in Vampire Dog.

He had an early television appearance in an episode of Supernatural.

He had a recurring role as Frank Becker Jr. in The Killing and also appeared in two episodes of R.L. Stine's The Haunting Hour.

He was born in Los Angeles, California, but then became a Canadian citizen. His father is actor Keith MacKechnie.

He starred alongside Norm MacDonald in Vampire Dog.

Collin MacKechnie Is A Member Of