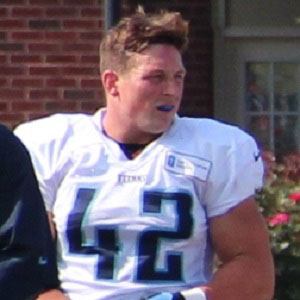 Army running back who spent three years in military service before earning a spot as a fullback on the Tennessee Titans in 2012.

He played fullback, linebacker and was a member of the baseball team at Houston's James E. Taylor High School.

He started opening up rushing lanes for Chris Johnson when he became teammates with the running back in 2012.

Collin Mooney Is A Member Of