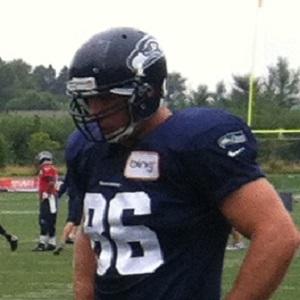 Tight end who joined the Seattle Seahawks in 2012 after going undrafted out of Duke University. He earned his first Super Bowl ring with the team in February 2014.

He played football at Redwood High School, where he received First-Team All-Conference honors.

His parents are Tony and Marje Helfet. He has been married.

He won Super Bowl XLVIII with the help of Seahawks quarterback Russell Wilson.

Cooper Helfet Is A Member Of