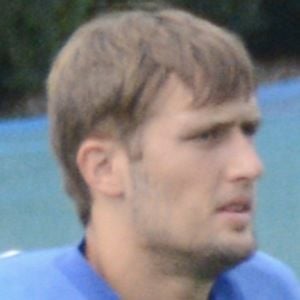 Safety who debuted in the NFL for the New York Giants in 2013 and previously played college football at the University of Richmond.

He played football at Marist High School in Atlanta, Georgia, and was a two-time all-state and all-county selection.

He initially was set to play football at Georgia Tech but a heart condition called Wolff-Parkinson-White Syndrome flared up and caused him to miss most of the 2009 and 2010 seasons and subsequently transfer to Richmond.

His father Jim Bob Tayler was an NFL quarterback who also played at Georgia Tech.

Cooper Taylor Is A Member Of