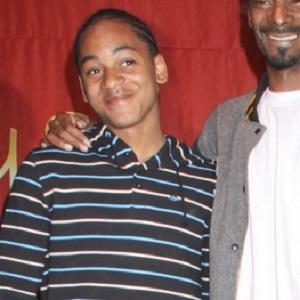 Best known as the son of rap star Snoop Dogg, he also became known as a highly-touted wide receiver prospect in the 2015 high school class. He has over 800,000 followers on Instagram.

He was born and raised in Las Vegas, Nevada.

He was a 2015 US Army All-American Bowl selection.

His mother's name is Shante Taylor and he has a brother named Corde and a sister named Cori. The R&B star Brandy is his cousin, as is Brandy's brother Ray J.

He and Josh Rosen both committed to play football at UCLA in 2015, but Broadus eventually left the team.

Cordell Broadus Is A Member Of