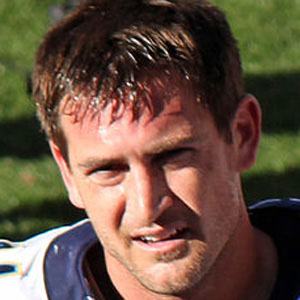 NFL safety who was drafted in the sixth round by the Bengals in 2008. He then went on to play for the Buccaneers, Chargers, Titans and Colts.

He played for his father at Evangelical Christian School before accepting an offer to play for Appalachian State.

He gained fame on HBO's Hard Knocks series for his off-field heroism. He was later given the nickname "HBO" by his Buccaneers teammates.

He married Cissie Graham Lynch. His brother Colton has played defensive back at the college level for Harvard.

His wife Cissie is the granddaughter of religious leader Billy Graham.

Corey Lynch Is A Member Of