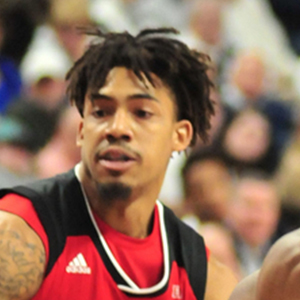 Point guard who played for Rutgers University and won the 2015 Florida vs USA Dunk Contest. He has more than 120,000 followers on his _sanders3 Instagram account.

He was Honorable Mention All-Big Ten selection during his 2015-2016 season.

He considered declaring for the 2017 NBA Draft after his sophomore season.

His mother is Keisha Divvens. He has a daughter.

He played for Eddie Jordan during his freshman year at Rutgers, but Jordan was fired after going 7-25.

Corey Sanders Is A Member Of