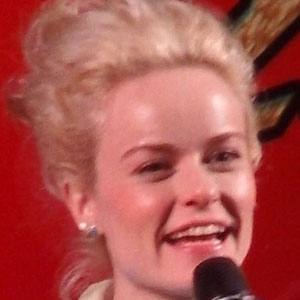 Hong-Kong based singer and actress who appeared on the popular series Best Selling Secrets. She has also appeared in You're Hired and Bullet Brain.

She attended the Hong Kong Academy of Performing Arts and majored in Musical Theatre Dance.

She also worked as a choreographer and choreographed several musicals for schools in the Hong Kong area.

Her mother was Australian, and her father was from New Zealand. They moved to Hong Kong as missionaries.

Her looks have often been compared to those of actress Nicole Kidman.

Corinna Chamberlain Is A Member Of