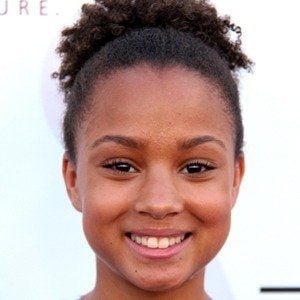 Television and movie actress who rose to fame playing Lucy in the ABC series Mistresses and Young Ginny in the Fox series Pitch.

Aside from acting she also has a passion for volleyball which she began playing at the age of six.

She got her start in the entertainment industry doing commercials and in 2012 she appeared in her first role on CSI: NY.

She grew up alongside her twin sister.

She portrays the onscreen daughter of Rochelle Aytes's character April.

Corinne Massiah Is A Member Of