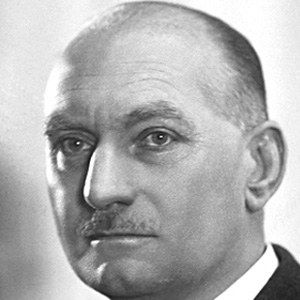 Physiologist who received 1938's Nobel Prize for Physiology for his discoveries related to blood pressure and blood's oxygen content.

He followed his father, Jean-François Heymans, as Professor of Pharmacology at Ghent University in 1930.

He and his wife, ophthalmologist Berthe May, had four children together.

He and Albert Einstein were contemporaries and were both Nobel Prize winners.

Corneille Heymans Is A Member Of