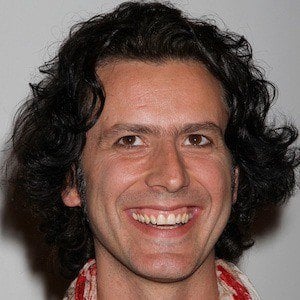 Most Popular#94586
Born in Rosario, Argentina#17
Singer Born in Argentina#38

He first started playing with a group called Luz Mala before breaking into the music industry in the 1990s as a songwriter.

His album Esta Mañana y Otros Cuentos was incredibly popular in Spanish-speaking countries, not only going gold in Mexico and Argentina but also double platinum in Spain.

He's written songs for the likes of Andres Calamaro and Natalia Oreiro.

Most Popular#94586
Born in Rosario, Argentina#17
Singer Born in Argentina#38

Coti Is A Member Of