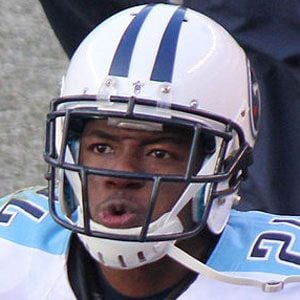 Cornerback who played sparingly in his first two seasons with the Tennessee Titans. He was selected with the 115th overall pick in the 2012 NFL draft.

He was recruited by Clemson University after being a standout at Dobyns-Bennett High School.

He set a record at Clemson his senior year by playing 933 snaps. He was also named the team's co-captain that year.

He is the cousin of NFL safety Gerald Sensabaugh. He has a brother named Jamaar.

He was teammates with quarterback Matt Hasselback on the Titans during the 2012 season.

Coty Sensabaugh Is A Member Of