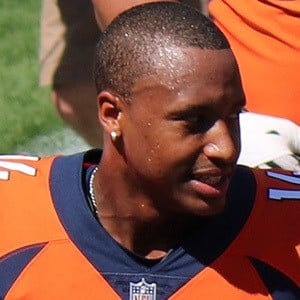 Second round selection of the Denver Broncos who spent four seasons at Southern Methodist University where he racked up 31 touchdowns.

As a senior at Brenham High School, he was named first-team All-District as a tight end and second team as a safety.

He chose to attend SMU over schools like Brigham Young University, Colorado and Rice. He played three games for SMU's basketball team.

He and Phillip Lindsay were both part of the Denver Broncos 2018 rookie class.

Courtland Sutton Is A Member Of