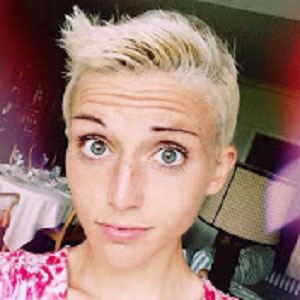 YouTube vlogger best known for a variety of videos and series including Adventures of Unicourt and Peanut Butter + Jam.

She has a younger sister named Elise and a younger brother named Brennan.

In a June 2011, an episode of Peanut Butter + Jams featured fellow web stars Shay Carl and .

CourtneyPants Is A Member Of