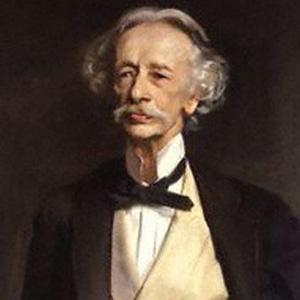 British poet and literary critic best known for "The Angel in the House," an 1854 marriage-themed poem. His nonfiction works include Principles in Art and Courage in Politics.

He began working at the British Museum in 1846 and continued in his post with the museum's printed book department for nineteen years.

He was unflatteringly caricatured in author Joseph Conrad's 1913 work, Chance, as the fictional poet Carleon Anthony.

He was married three times. With his first wife, Emily Andrews, he had three sons and three daughters. After the passing of his second wife, Marianne Byles, he wed Harriet Robson, with whom he subsequently had a son.

The literary success of his contemporary, Lord Tennyson, inspired Patmore to write. Patmore even named one of his sons after Tennyson.

Coventry Patmore Is A Member Of