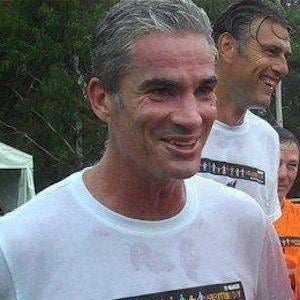 Known for his soccer career and color commentating for SBS in Australia. He formerly played between 1988 and 2003 for both the national team and a myriad of semi-professional clubs throughout the country.

He graduated from Kadina High School. He debuted as a midfielder for the semi-professional club Sydney United in 1988.

As a member of Australia's national team, he earned 29 caps, and scored 9 goals. In 2007, he was named the Australian representative to vote for the Ballon d'Or.

He was born and raised in Lismore, Australia.

He played for Terry Venables' Portsmouth club between 1997 and 1998.

Craig Foster Is A Member Of