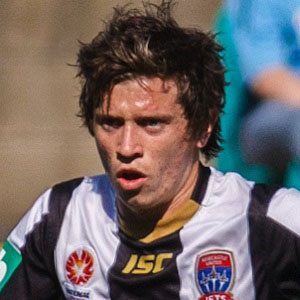 Australian winger who played with clubs like the Melbourne Heart and Newcastle Jets before signing with Adelaide United in A-League in 2014. He has represented Australia internationally, making his debut in an Asian Olympic Qualifier match in 2012.

He played for Munno Para City Football Club as an amateur before playing in the Adelaide Raiders youth system. He made his professional debut in 2009.

He was nominated for the NAB Young Footballer Of The Year award in his first year with the Newcastle Jets in 2012.

He has played with goalkeeper Eugene Galekovic at Adelaide United.

Craig Goodwin Is A Member Of