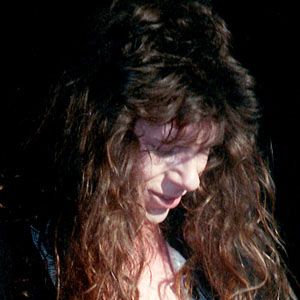 Founding member and guitarist of the heavy metal band Savatage. His albums with the band include The Dungeons are Calling, Fight for the Rock, and Sirens.

He and his brother Jon played gigs around the United States before they formed Savatage.

He was killed in a car accident caused by a drunk driver.

He was born in New Jersey and raised in California and Florida.

His unique guitar work earned him many fans, including Dave Mustaine of Megadeth.

Criss Oliva Is A Member Of