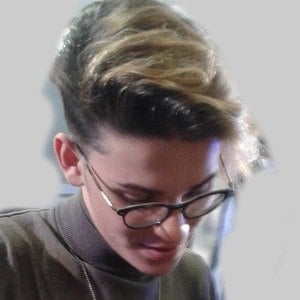 Italian singer who is best known for winning the first edition of the competition series Io Canto hosted by Gerry Scotti. He is also known for his popular cover of the James Arthur song "Impossible".

He first began singing on the balcony of his Sicilian home for his neighbors. After taking no voice or music lessons, he went on the Mediaset program Io Canto with the advice of his brother where he first earned major international recognition.

He has been featured and interviewed for several different press outlets such as Style 24, Leggo Italy, and TvZap.

He was born and raised in Palermo, Italy.

He won a trip to travel and study in the United States with music producer David Foster.

Cristian Imparato Is A Member Of