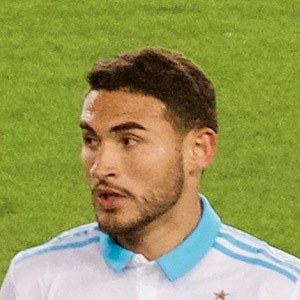 Midfielder who has earned fame for his play in Major League Soccer (MLS), including for the Seattle Sounders beginning in 2015. He won the 2016 MLS Cup with the squad.

He was named the 2013 Gatorade Player of the Year. He later played NCAA Division I soccer for the University of Washington Huskies, with whom he won the Pac-12 title in 2013.

He won the 2017 CONCACAF Gold Cup as part of the US men's national soccer team. He was featured juggling a soccer ball in an Adidas commercial at age 9.

He has played as his younger brother Alex's teammate for the Seattle Sounders. He has one other older brother named Cesar Jr.

He and Román Torres have played as teammates for the MLS' Seattle Sounders.

Cristian Roldan Is A Member Of