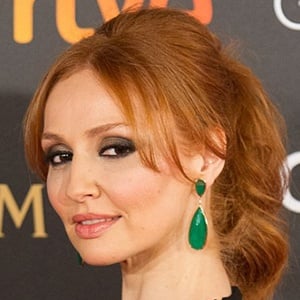 Spanish actress who's best known for her role as Judith Becker in the popular series La que se avecina. She also appeared in the 2005 comedy series 4º sen ascensor as Lucía Lestón.

She used to work as a model before making her acting debut as Cristina Castañon in the 1987 film Divinas palabras.

She was nominated for the 2006 Mestre Mateo Awards for Best Actress.

Her parents are Antonio Castaño and Marita Gómez. Her brother Nacho Castaño is also an actor.

Cristina Castaño Is A Member Of