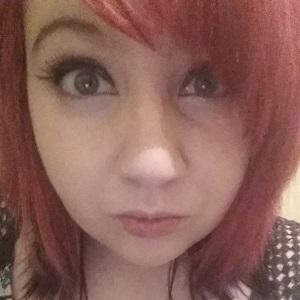 Her name is Kristen, and she's a highly popular female Pokemon Let's Play gamer on YouTube who is also known for her shiny hunts and themed Pokemon WiFi battles. Her gaming can be seen live on the live broadcasting network Twitch as well.

She used to go riding and fishing at times and even used to participate in barrel racing. She had most of her hair cut off when she was younger to donate to the non-profit Locks of Love. She spent most of her time playing the vastly-popular MMORPG World of Warcraft.

She was the founder of the rap group TheStaleNoodles, writing songs and performing them with four of her other friends. While attending college, she spent her time writing poetry and teaching herself about programming, web design, and Russian.

Her father has been a guest star in some of her videos and live streams in the past. She lived on a farm and helped her family take care of horses. She also used to work alongside her family to help rehabilitate animals such as hawks, squirrels, possums, and pelicans.

She is a part of the largest Pokemon group channel, LumioseStation, and is one of the original founders of the channel. TheKingNappy is also a member of the group.

Cuddleofdeath Is A Member Of