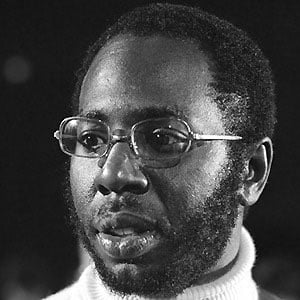 Funk and soul singer who composed the Super Fly soundtrack and who worked with The Impressions. He was a guitarist, bassist, pianist, saxophonist, and drummer.

He grew up in project after project, finally settling in the Cabrini-Green projects of Chicago. He dropped out of high school to become part of The Impressions.

He composed the hits "People Get Ready" and "Keep on Pushing."

He married Altheida and fathered ten children over his lifetime.

He was a civil rights activist and a great admirer of Martin Luther King Jr.

Curtis Mayfield Is A Member Of