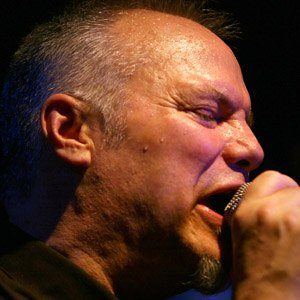 Known for such albums as Soul Shot, Strong Suspicion, and Clean Getaway, this soul, R&B, and blues vocalist and harmonica player was the 2010 recipient of a Soul Blues Artist of the Year award. He also performed for half a decade with the band of Grammy-winning blues musician Robert Cray.

He decided to become a musician after attending a Count Basie performance in the late 1960s. In his teens, he began performing in bars in Eugene, Oregon.

In 1995, he sang lead vocals for the popular Latin band Santana.

He was born in Washington and raised in Oregon. In his early fifties, he survived liver cancer.

He was the inspiration for comedian and actor John Belushi's Saturday Night Live Blues Brothers skit.

Curtis Salgado Is A Member Of