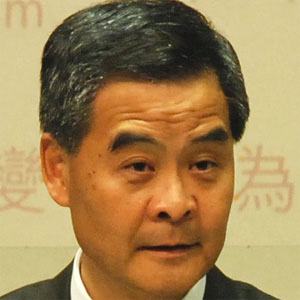 Before taking office in 2012 as third Chief Executive of Hong Kong, this Pro-Chinese government politician served as Convenor of the Executive Council and as a member of Hong Kong's Provisional Legislative Council.

After studying construction surveying at Hong Kong Polytechnic and property management at Bristol Polytechnic in England, he held an executive position with a real estate company called Jones Lang Wootton.

He was a 1999 recipient of Hong Kong's prestigious Gold Bauhinia Star.

Cy Leung Is A Member Of