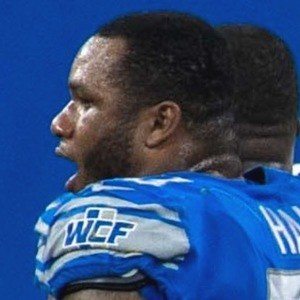 Defensive end who won the College Football Championship with the Alabama Crimson Tide in 2016 after winning the SEC Championships the previous two seasons. In high school, he was named the 2012 High School Football Junior of the Year by Rivals.

He was a three-sport athlete at Woodbridge High School in Woodbridge, Virginia, participating in football, track and wrestling.

He has said that the University of Alabama's civil engineering program is a big reason why he chose to attend the school.

His father, Sharif Hand, was a junior in high school at the time of his birth. His uncle is former All-American running back Damone Boone.

He had great success at the University of Alabama under head coach Nick Saban.

Da'Shawn Hand Is A Member Of