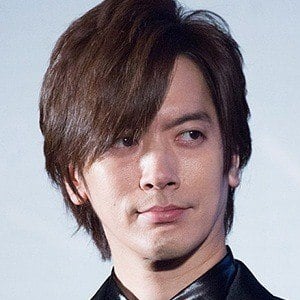 Japanese rock singer who has released music under the pseudonym DAIGO☆STARDUST. He has also worked as an actor, in projects such as Kimi ga Odoru, Natsu and Ultraman Saga.

His started his first band in high school called JZEIL, which later fell apart in 2001.

He provided the voice of Kōsuke Mizutani in the anime film Detective Conan: The Raven Chaser.

His maternal grandfather was Noboru Takeshita, the former prime minister of Japan.

He married the actress Keiko Kitagawa in 2016.

Daigo Naito Is A Member Of