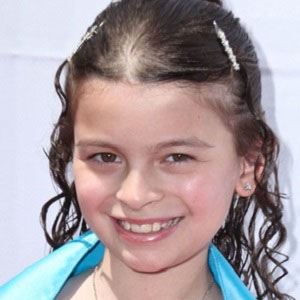 Multi-Young Artist Award winner well known for her starring role in the series Odd Squad as well as her feature film role as Taylor Pringle in the Diary of a Wimpy Kid franchise. She landed a starring role in Netflix's 2017 series Anne with an E.

She was 5 years old when she started acting by booking a national commercial. Professionally, she kicked off her career in 2009 with guest-starring roles in Fringe and Supernatural.

She has had supporting roles in movies such as Grave Encounters 2 and That Burning Feeling.

She was born in Montreal, Quebec and later moved to Vancouver. Her younger brother Bruce also became an actor.

She guest-starred in The 100, starring Devon Bostick.