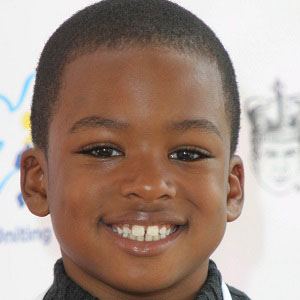 Played the role of one of the kids in the film Daddy Day Care starring Eddie Murphy.

His first role was in the television series My Wife and Kids as Skye.

He appeared in Will Smith's music video "Black Suits Comin' (Nod Your Head)" in 2002.

He is the older brother of Desmond Roberts. He also an older sister named Danielle as well as a younger sister.

He starred with Martin Lawrence in the comedy, Welcome Home Roscoe Jenkins.

Damani Roberts Is A Member Of

All About the Andersons
26 Year Olds
TV Actors
Geminis