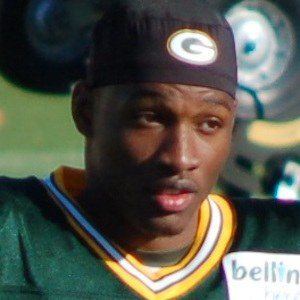 American football defensive back who was drafted by the Green Bay Packers in the first round of the 2015 NFL Draft. He got playing time as a rookie, recording three interceptions and earning Defensive Rookie of the Month honors in November of 2015. In 2018, he was traded to the Cleveland Browns.

He played college football at Arizona State University after transferring from Mesa Community College. He led the Sun Devils in tackles his senior season.

He was a three-sport athlete in high school, playing football and baseball and running track. He played a baseball at Butler Community College for a season before an injury forced him to focus on football.

He has two older brothers, Porter and Patrick, both of whom played professional baseball at some level.

Damarious Randall Is A Member Of