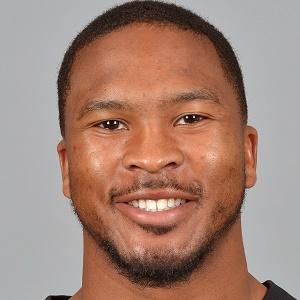 Former University of Tulsa star who found a role on the Philadelphia Eagles as a 5th string receiver and kick returner in 2012.

He was the record holder in receiving yards, receptions and touchdowns at the end of his senior season at Destrehan High School.

He broke the Tulsa record for single-season kickoff return yards with 1,319 and the single-game record with 211.

His was raised by his Lori Johnson, a single mother.

He returned a Brian Moorman punt 98 yards for a touchdown on December 2, 2012.

Damaris Johnson Is A Member Of