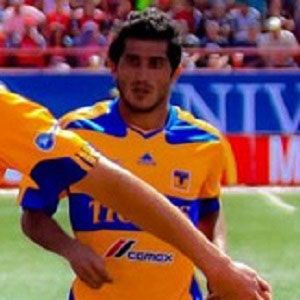 Argentine-Mexican winger known to soccer fans for his crossing and dribbling skills. He has been a standout player for clubs like Monarcas Morelia, CF Pachuca and Tigres de la UANL as well as the Mexican national team.

He was born in Moron, Argentina and made his professional debut with River Plate in 1998.

He married a woman named Julieta and has children named Nicolas and Benjamin.

He has played alongside Egidio Arevalo while with the Tigres de la UANL.

Damián Ariel Álvarez Is A Member Of