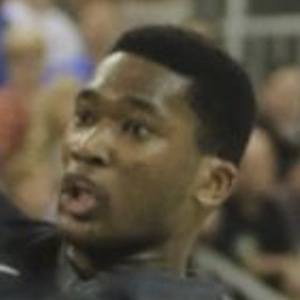 Center who was selected with the 30th overall pick of the 2016 NBA Draft by the Golden State Warriors.

He was ranked as a four-star center by Rivals.com as a high school senior. He went on to play basketball collegiately for the Vanderbilt Commodores, where he became a two-time All-SEC center.

During his junior 2015-16 season with Vanderbilt, he helped lead the Commodores to their first NCAA tournament berth since the 2011-12 season.

He was born and raised in Baton Rouge, Louisiana. He has two brothers, Darian and Darryl.

He was selected with the pick immediately following Dejounte Murray's selection in the 2016 NBA Draft.

Damian Jones Is A Member Of