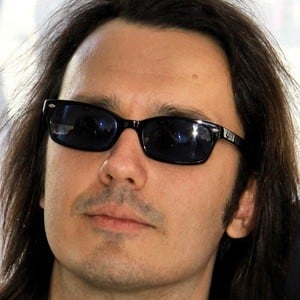 Former West Memphis Three convict turned movie actor and producer best known for his lead role in the documentary based on his life titled West of Memphis. He has also starred in the Paradise Lost documentary series and Purgatory.

He was one of the West Memphis Three convicted for the murders of three boy in 1993 and spent 18 years on death row until evidence supported his innocence.

He co-wrote the lyrics to the Pearl Jam song "Army Reserve."

He grew up in a poor household in West Memphis, Arkansas. He had a string of arrests and suffered from serious mental illness growing up. He married Lorri Davis in 1999.

He starred in Paradise Lost: The Child Murders at Robin Hood Hills alongside Tony Brooks.

Damien Echols Is A Member Of