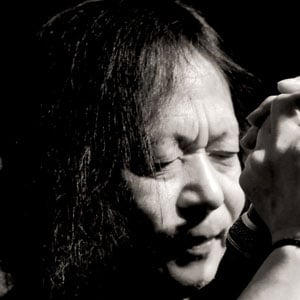 Japanese singer best known as a member of the influential krautrock band Can. He performed with the band from 1970 to 1973, recording acclaimed albums like "Tago Mago."

He was working as a busker in Munich, Germany when he was invited to join Can by band members Holger Czukay and Jaki Liebezeit.

The rock band The Mooney Suzuki's name is a combination of his name and the name of previous Can singer Malcolm Mooney.

He married a German woman, at which point he converted to the Jehovah's Witness faith.

He and folk musician Tim Hardin have both collaborated with Can.

Damo Suzuki Is A Member Of